Things don't always/usually go the way you want and sometimes they go really bad, like really bad. Don't quite feel like talking about it yet.

I want to travel more, ride trains across countries, mosey along on the backs of camels or horses, feel moist spray while bouncing in the cabin of a speeding boat. I dislike flying commercial airlines but I would love to fly in small planes, helicopters, even dirigibles. I just want to go "there."

Not even sure what I am living in now is reality. Seems more like a stupid movie from '80s. complete with Russian spies and nuclear missiles. Music is the only thing that makes me feel good. It's such an arrogant hallucination that it feels like the end of everything could happen any minute, as if the world would snuff out when my candle does.

My son having fun with his friends on their school band trip. 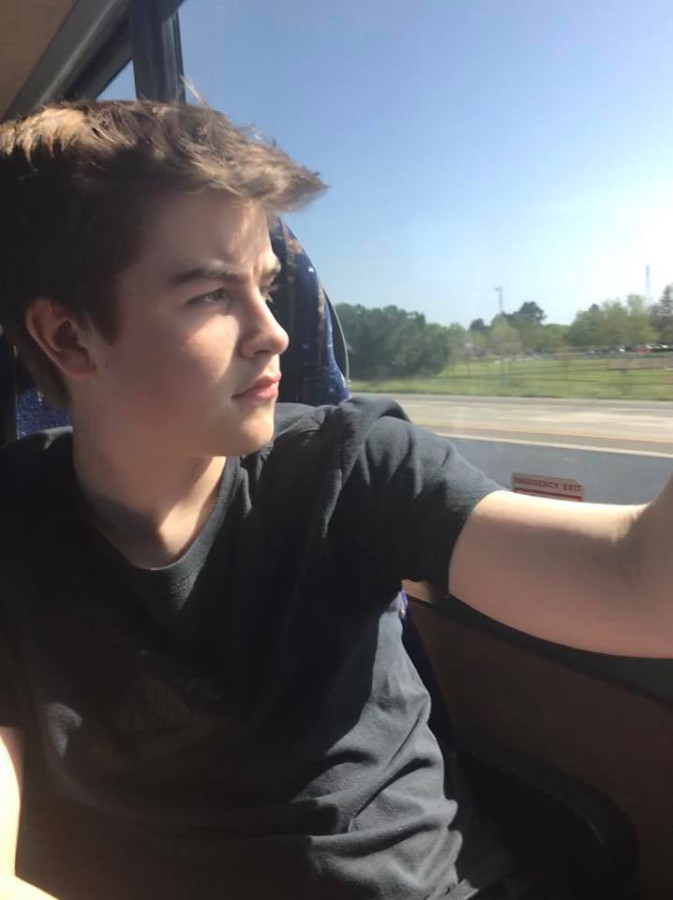 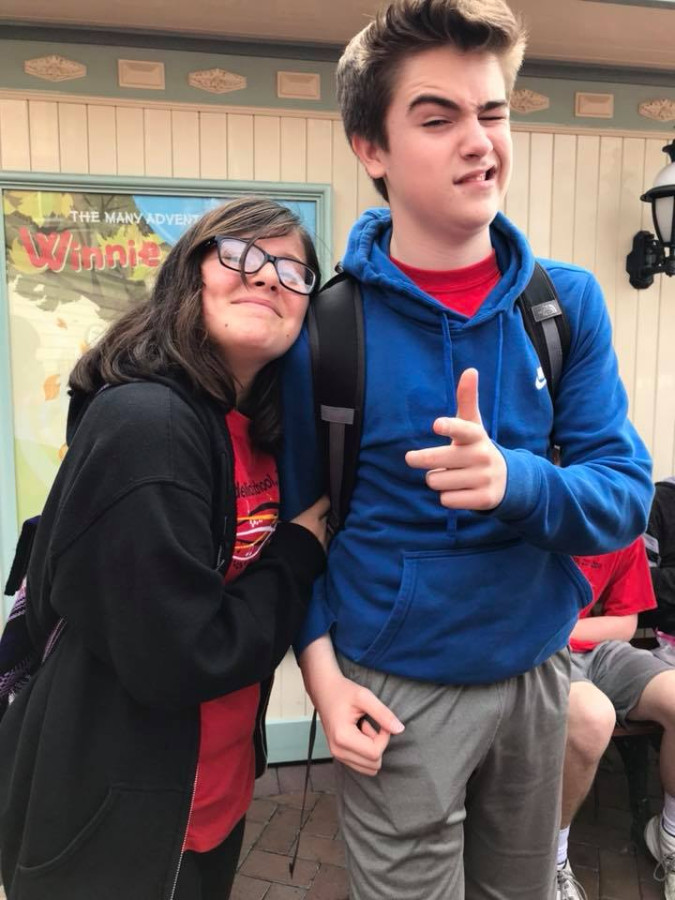 A pic from Wrestlemania XXXI earlier this year at Levi Stadium in Santa Clara, CA. 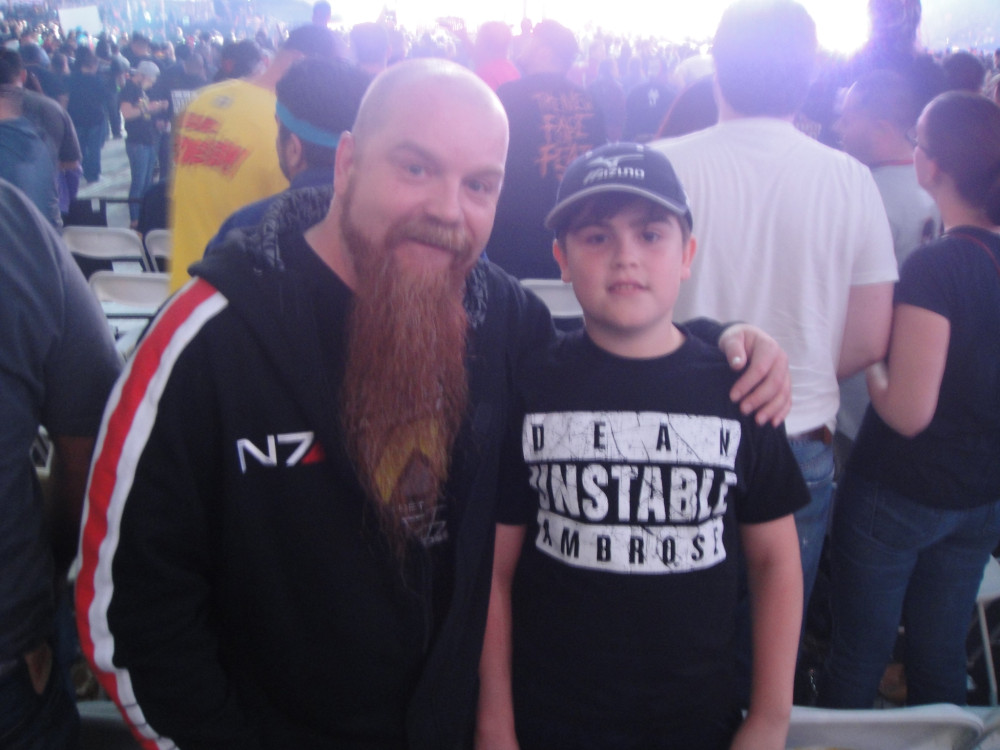 My dad is a life-long smoker. I'm not sure he ever told me when he started but I know it was very young. All my life he's been a one to two pack a day Benson and Hedges Menthol smoker, sometimes lighting his cigarette with the butt of the last one. For at least a decade now he's had chronic emphysema, his colorful and deeply detailed stories of the past increasingly interrupted with hacking cough. As the years went he stopped telling them as often. He's always been embarrassed by any perceived weakness. My dad likes to be a tough guy. He's a terrible patient because he always refuses to admit he's sick. He's gone so far as the rip out his IVs and sneak out of the hospital.

Along with the emphysema he's got diabetes that he mostly ignores and two shoulder replacements from injuries sustained in helicopter crashes in Vietnam, his quality of life has been diminishing faster than it should. He turned 73 this year up in his cozy log cabin in the wilderness of northwest Montana. Retiring to a place filled with hunting and fishing was always his dream, one that his amazing wife Andi worked incredibly hard to attain for him. I don't even know what her dream was, maybe it was living with my dad and making him happy because that's what she's always done. It wouldn't be a stretch to say, and my dad would agree, that he doesn't deserve her. Andi's really an amazing woman, of this there is no doubt, though sometimes I questioned her judgement. She let my dad get away anything. They've never had any wealth and what they've earned has been used mostly to spoil my dad rotten. I wonder how much sooner they might have been able to buy that cabin and live the rural life if Andi had said no to dad's crazy impulses. All those crazy things made up who my dad was I guess and without them where would he get stories to tell. What would we remember about him if not for the things he did?

But still, I think about all the plans he had for his life at the cabin. He had a garage built with doors large enough that a helicopter could be moved in and out. He knew he could never afford his own helicopter, at least I think he did. Maybe he was like a little boy who just wished for something really hard and thought that was enough to make it happen. Consequently he kept every thing he thought he might be able to use in one of his plans. Everything had a monetary value that he would have to come up with at some point if he needed the item and having tossed it would have to spend to get it back. He kept everything. I helped him move it, minus the trash Andi and I could toss when he wasn't looking, all the way from Ojai California to Marion Montana. Everything was part of a plan that now he would be executing. I helped him move his fishing boat, the one he would spend weekends out at the Channel Islands mooring up at Smuggler's Cove to sleep off a day of fishing or hide out from a storm; helping him move it all the way to Montana where he planned to take it out on the lakes, probably to freak out the locals. That was another thing my dad loved doing, freaking out his friends. His pranks were sometimes elaborate but always infuriating and over the top. He once dropped cow pies out of a helicopter onto his best friend Wally and his customers in the transmission shop. He'd rig military surplus smoke grenades to explode when Wally opened the shop gates. I don't think mischievous is quite enough to describe the lengths he was willing to go to in order to pull off a prank.

None of it matters anymore. He didn't take care of himself and he waited too long. He wanted to spend his time fishing but emphysema, lack of oxygen, pain in his shoulders, and diabetes keep him too tired to go. The boat sits in the garage rotting away. Boxes and boxes of the pieces he was going to put together are becoming home to mice and bugs. His semi-rare motorcycle in pieces sits next to his beloved Corvette which hasn't started since it rolled up to the house. All of that time and all of those plans for nothing. I tell myself, at least he got the cabin; at least he made it. Maybe I never thought he would. But I guess I shouldn't have doubted Andi. She found a way to make it happen for dad.

And now it's over. His condition has deteriorated so badly that he's been in a care home for several weeks. He can't stand without falling but he wont stop trying to stand. He injured himself so badly he had to go to the hospital. Now he's got pneumonia as well. The worst of it is that dementia has sent in and he doesn't even realize he is sick. He thinks there is nothing wrong and he fights the doctors. He yells at them to get out of his house as he rips out the IV again and tries to get out of bed. They've tried to help him but they're saying he isn't going to get any better. He isn't ever going to go back to his cabin in the woods with his lovely loyal wife.

The ironic part is he hasn't asked for a cigarette the entire time he's been in the hospital, as if they were one of the things he's forgotten. I always thought he would die with a smoke on his hand or sitting on the ashtray.

Is it just a ghost town around here now? I haven't spent much time here because it's been easier to relieve the pressure behind my eyes with quick short inanities on Facebook, finding thinner but more numerous tendrils of connection in photos and reminiscences and chat. My problem with Facebook was the same problem I had with MySpace: having something to say was an afterthought, a tiny piece of the social-oriented whole. I guess that's where LiveJournal is massively superior. You can be social and chat here and comment and post pictures but the focus has always been on words. I do miss words.

I survived and am recovering nicely. Soon I will be kicking ass with turbo assist!

Almost exactly six years after having my hip removed, the powers that be have decided to put one back in. In two weeks and a day I will go back under the knife and come out with some kind of metal, plastic, and cadaver bone hybrid hip. Supposedly this will give me better mobility and less pain. Let's just say that after the last surgery's debacle I am not as instinctively trusting of the doctor's optimism.

Anyone finding themselves in the Sacramento area from the 29th until whenever they let me go should feel free to come visit me at UC Davis Medical Center. From experience I can tell you that long stays in the hospital are very boring and visitors are appreciated. Of course, with wifi and an ipod I should be able to entertain myself enough to keep from weeping in sadness. =p

Oh and I probably wont be baking for awhile either, which makes me sadder than I thought it would. dammit.
Collapse